(21 May 1688 – 30 May 1744) was an 18th-century English poet. He is best known for his satirical verse, as well as for his translation of Homer. Famous for his use of the heroic couplet, he is the third-most frequently quoted writer in The Oxford Dictionary of Quotations, after Shakespeare and Tennyson.[1] 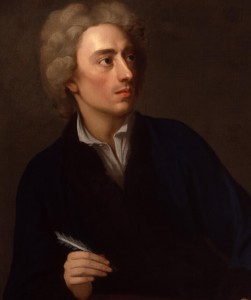 The money made from his translation of Homer allowed Pope to move to a villa at Twickenham in 1719, where he created his now famous grotto and gardens.