Our park is locally known as the ‘Brickfield’, so it’s not at all surprising that it’s the site of an ‘extensive’ brick works, from the Victorian era, right through to 1934.  It was on the southern boundary of the estate of Coles-Child, Lord of the Manor (not sure if that was meant to be complementary), who had bought the Manor of Bromley from the Diocese of Rochester and expanded the pit from the small one (about where the ‘dell hole’ or dip is now) into it’s present site. 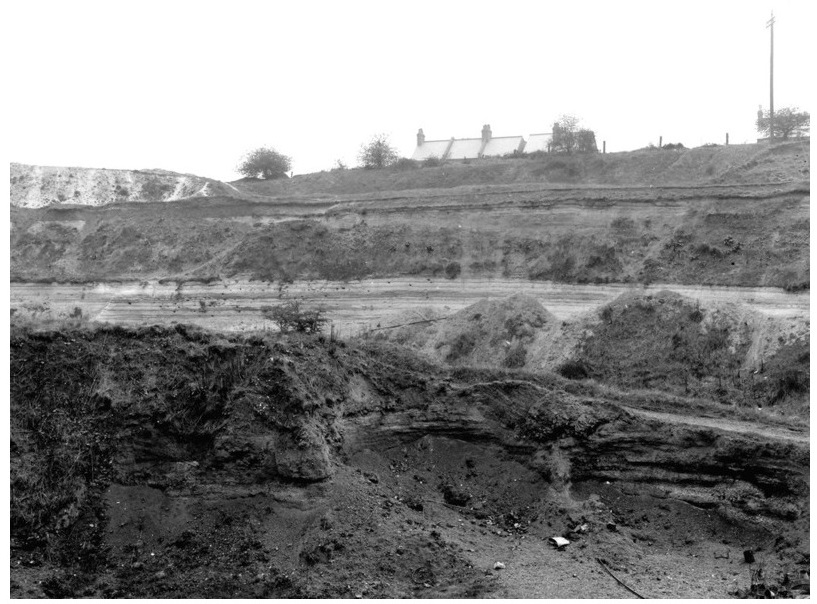 They extracted the London Clay (initially) for brick making, and when this was exhausted, the underlying gravels and sands, of the Lambeth group, but also called ‘Woolwich and Reading Beds’, for local construction.  In the first half of the 1800’s the local supply of bricks had been from more and smaller local pits (no-one carried clay or bricks further than they needed to); there are several marked in the area on the 1868 map.

Though the mid-1800’s Bromley expanded enormously, as it was transformed from a market town into a desirable location for a suburban villa. This expansion only increased after the railway came in 1858, and during this time there was a ready market for bricks, as well as sands and gravels, for the local construction industry; not surprisingly, the brickpit here expanded accordingly.
Bricks from this brickworks were used in the construction of the railway – it was a condition of it passing through Coles-Childs land that it had to built on brick arches from his bricks (presumably including the ill-fated ivy bridge ). It seems that these arches were buried/replaced by an embankment when the 2nd line went through.
As Coles-Child funded the replacement of the timbered town hall with the “new town hall”, this was also built from ‘his’ bricks, from our brick-pit. And the “new” brick town / market hall built with our bricks was then demolished in 1933: “A timber-framed market house was replaced by a Gothic red brick building financed by Mr Coles Child in 1863. The building included the town hall and police station. This was demolished in 1933 and replaced with the current neo-tudor buildings.” from london-footsteps

(interesting side note: according to this article on the Bromley Palace gardens, Coles Child was a wealthy coal merchant when he bought The Lord of the Manor of Bromley from the Bishops of Rochester in 1845 – see Pulham Legacy Bromley Palace Park) 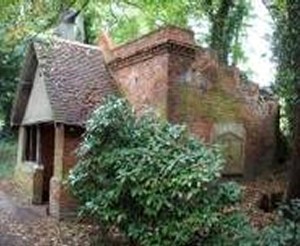