In September 1940 and aerial mine dropped on number 29, when a man and his 14-year-old daughter were killed.  This created a large crater, as well as demolishing the chicken sheds at the back of No. 21.

There is a block of flats on the site now.   Aerial mines detonated above the ground, in order to create more damage. 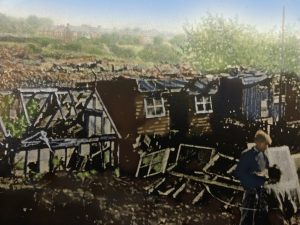 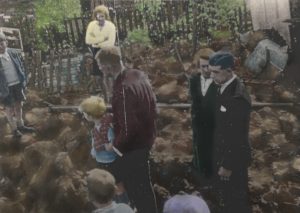 More homes were destroyed in early October, when five people were killed at number 60. 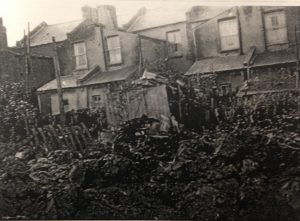 Rear of damaged houses in Havelock Road, 1940. At the front is a large crater. 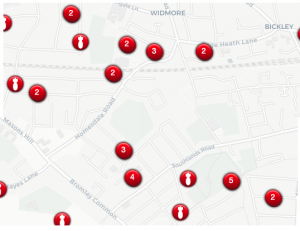