Some recollections from Arthur Sheppeck, who played in the brickfield, mainly from 1941 to 1949. He remembers the Brick Pit being 60 feet deep.

‘One day, one of the ARP wardens approached us boys. He told us “For God’s sake don’t do what I’m going to do” and he took an incendiary bomb he was carrying and lobbed it into the pit. It exploded with a blinding flash of white light, and the warden told us “that could have been you”. I can tell you, it fair put the wind up us…!’ 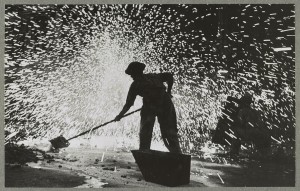