Fashoda Road is named after the Fashoda incident in 1898, a decisive confrontation between British and French colonial expeditionary forces in Sudan, at Fashoda on the White Nile, the ‘Scramble for Africa’ where European powers established their colonies in Africa. 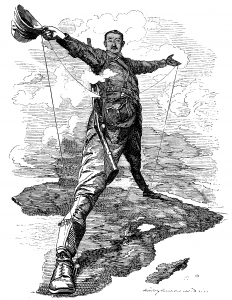 The British were expanding their ‘spheres of influence’ in the hopes of joining their colonies of Egypt on the Mediterranean coast with South Africa.  The French, meanwhile, where establishing an East-West axis, in aspiration of a rail line.  Whoever held the point where the two axis’s crossed, Fashoda (now Koduk in South Sudan) would have their axis and deny the other.

[Cartoon of Cecil Rhodes and the colonial dream of a Telegraph line from South Africa and Egypt.]

After an ‘epic’ 14-month trek across the Congo basin, the french irailleurs soldiers, lead by Major Jean-Baptiste Marchand claimed Fashoda. The British, under General Kitchener, had just won a victory further north just defeated the forces of the Mahdi at the Battle of Omdurman.  After this, Kitchener opened orders instructing him to investigate the french expedition.  Being a fluent french speaker, Kitchener arrived at Fashoda in the uniform of an Egyptian army officer, and both sides exercised ‘admirable restraint’ and decided to await orders from ‘home’. 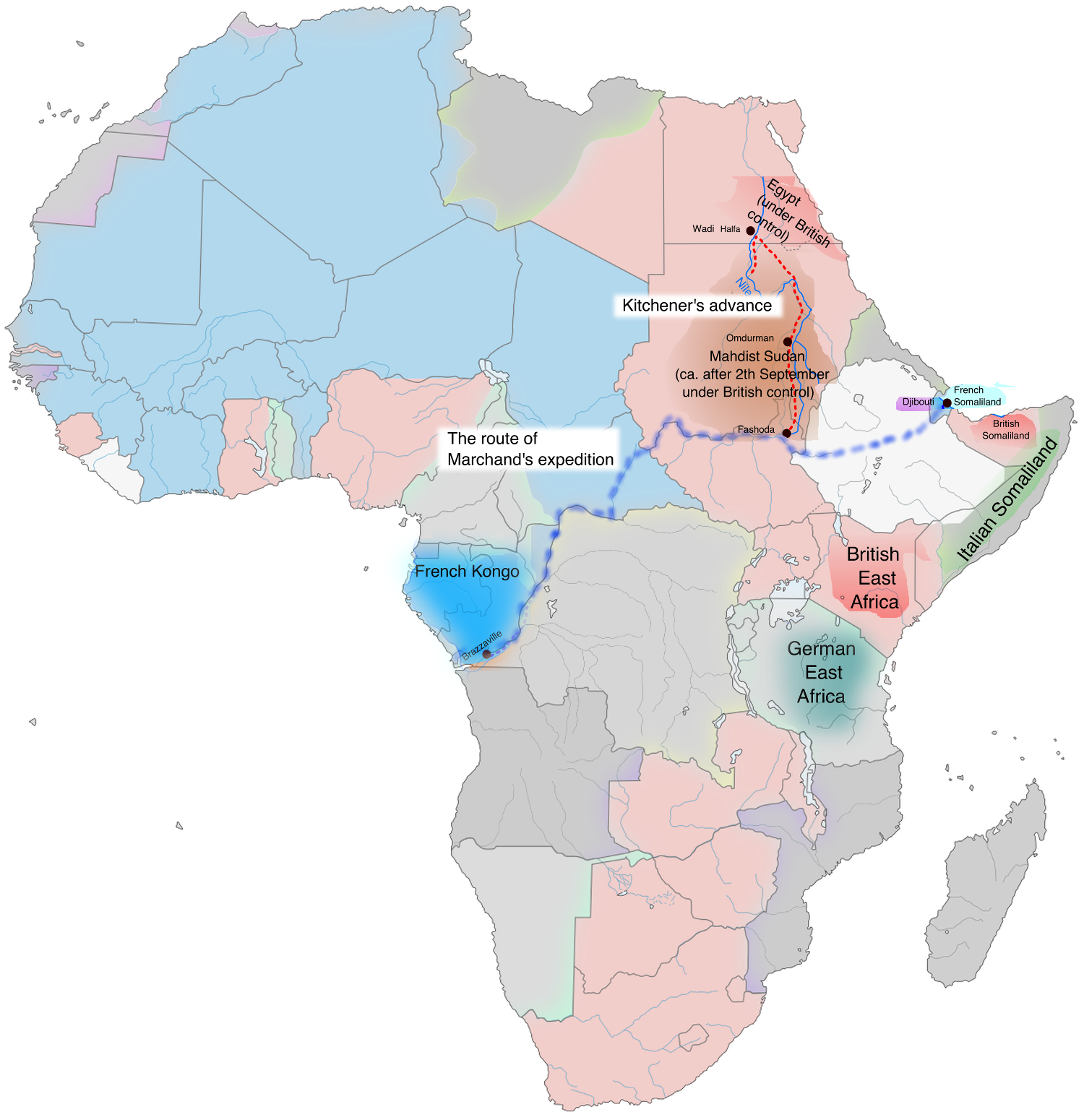 It is thought that the Fashoda Incident led to the ‘Entente cordiale‘ in 1904’ which paved the way for the French and British to ally themselves against the Germans in WW1.  When the British then entered into a treaty with the Russians, the newly united Germans declared themselves ‘encircled’ and felt justified in their role in WW1.